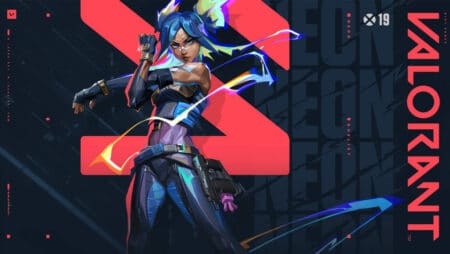 The name of the newest Valorant agent to be added to the game soon has been leaked by the game's most prominent dataminers. The next agent, an initiator, will be named Fade.

Two different dataminers named ValorLeaks and Shiick have revealed via Twitter that the new agent will be named Fade. Both have said that Fade is an initiator from Turkey who “stalks her prey with both terror and tactics.”

The new agent fits well with the theme of fear. This theme has been used a lot by Valorant in recent weeks. Several teasers have appeared on official Valorant channels, showing numerous agents in a unique state of fear. The ongoing VCT Masters Reykjavík event also leans heavily on the theme of fear.

Fade has been called “Bounty Hunter” by the community until now. In a State of the Agents blog post published in late March, the developers confirmed that the new agent would be an initiator. The developer also hinted at her Turkish heritage, saying that her abilities would provide an “intimate feeling when hunting enemies.” The post also stated that the development team had chosen an ability kit that would offer more localized initiation and exploration stools.

Fade, an Initiator, is the next agent coming to Valorant.

> Bury your fears, or she will hunt them. Fade, VALORANT's new Turkish Agent, stalks her prey with equal parts terror and tactics. Go ahead, try to hide. #VALORANT

No screenshots or images of “Fade” have been released yet. Moreover, there is no official confirmation from Riot Games that Fade is actually going to be the name of the new agent. The second act of the current episode ends on April 25, so fans can expect the new agent to officially debut at the beginning of the third act.