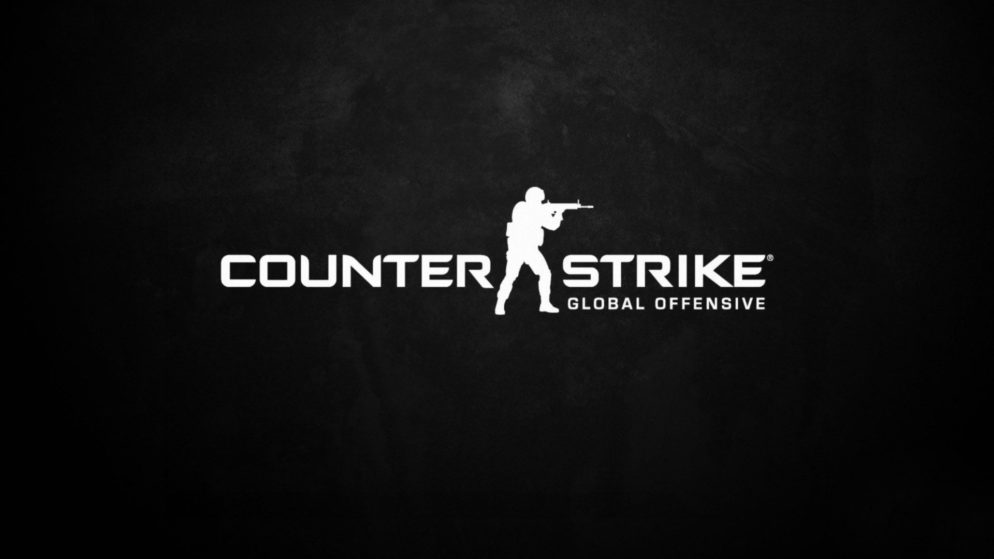 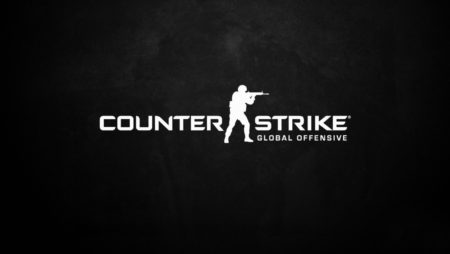 Counter-Strike: Global Offensive (CS:GO) is arguably the most popular Esports game around today. The first-person shooter title from Valve is available on PC, Xbox and PlayStation, having first launched in 2012. CS:GO events now take place on a professional basis throughout the year, attracting the interest of both Esports fans and betting customers.

The number of CS:GO betting sites available to punters is increasing rapidly, which include traditional bookmakers and newly formed platforms. Some of the biggest organisations and teams in the industry are involved in CS:GO leagues and tournaments, which offer a host of betting opportunities. So, for those looking for the best CS:GO betting sites and a breakdown of how the game works, this page provides everything punters need.

Global Offensive is the fourth title from the Counter-Strike series, with the game having been developed by Valve Corporation. Released in 2012, CS:GO is a first-person shooter game that involves 5v5 battles between terrorist and counter terrorist teams. Each CS:GO match has 30 rounds, which are played on a single map. 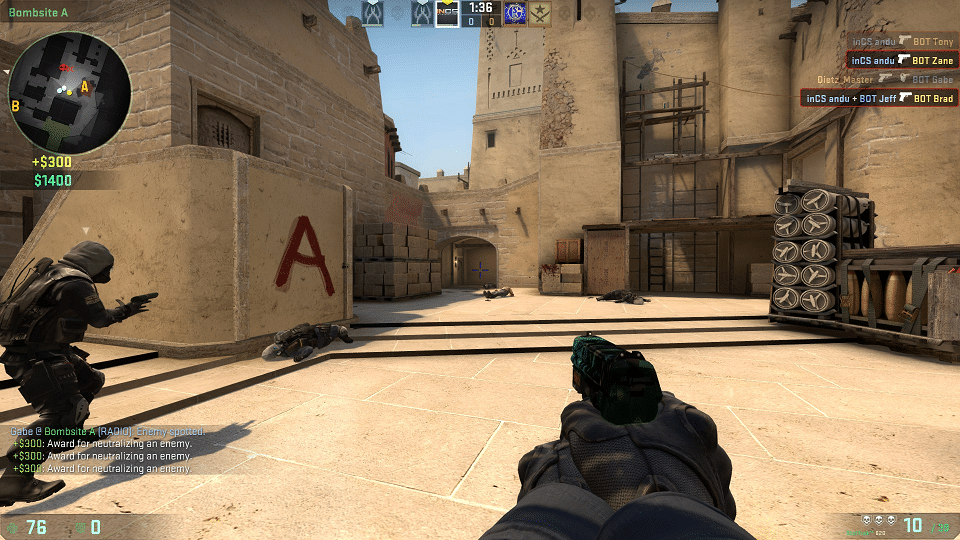 The first team to win 16 rounds is declared the winner, with of the terrorist team aiming to place and detonate a bomb at specific locations, while the opposition team has to prevent bombs from being both placed and detonated. The dynamic switches after 15 rounds, while either team can win if they are first to kill all players of the opposition. Many CS:GO tournaments and matches involve a best-of-three format, meaning that the first team to win two best-of-30 maps wins. 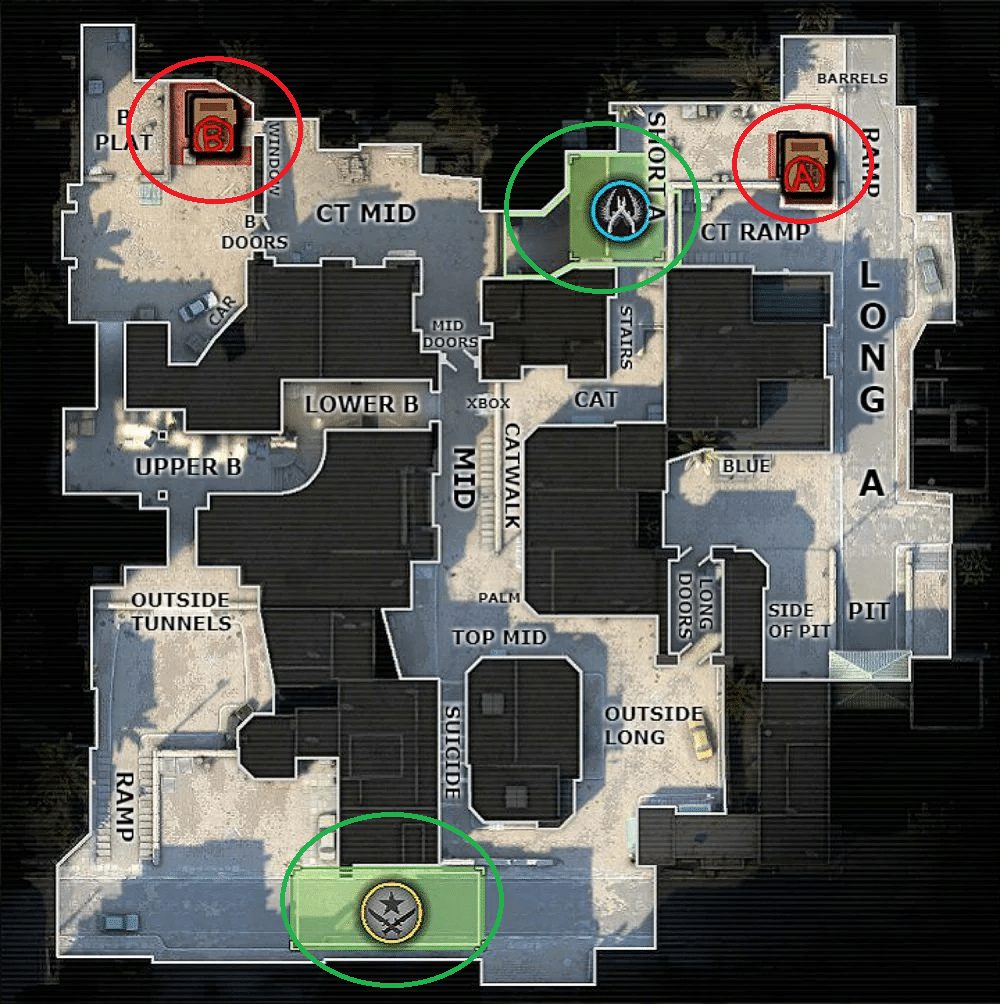 How does CS:GO work?

You play the game in sessions that consist of a number of rounds. Together with the team, the player must come up with a tactic and execute it well in order to beat the opponent. There are two teams in which the player can play. The team „Terrorists“ (T) and the team „Counter Terrorists“ (CT). At the beginning of a round you can buy weapons and items with the money you earned in the previous round. Depending on the mode, the goal of the player differs. The team that manages to defeat the other team wins the game. The game has five different modes:

In Workshop mode you can choose your own map in which you want to play. For example, you can download a map on which you can practice.

How We Pick the Best CS:GO Betting Sites

With there being a number of sophisticated and appealing CS:GO betting sites available to punters across the globe today, separating the best from the rest is an important task. Luckily for you, our experts have done the hard work for you, with the following being among the factors which help us to rank the best CS:GO betting sites:

How to Bet on Counter-Strike: Global Offensive

Counter-Strike: Global Offensive is one of the many emerging Esports markets in which betting sites have taken on board. Established bookies face competition from specialist Esports platforms however, meaning that punters have a decision to make in terms of where they back their favourite teams and players. 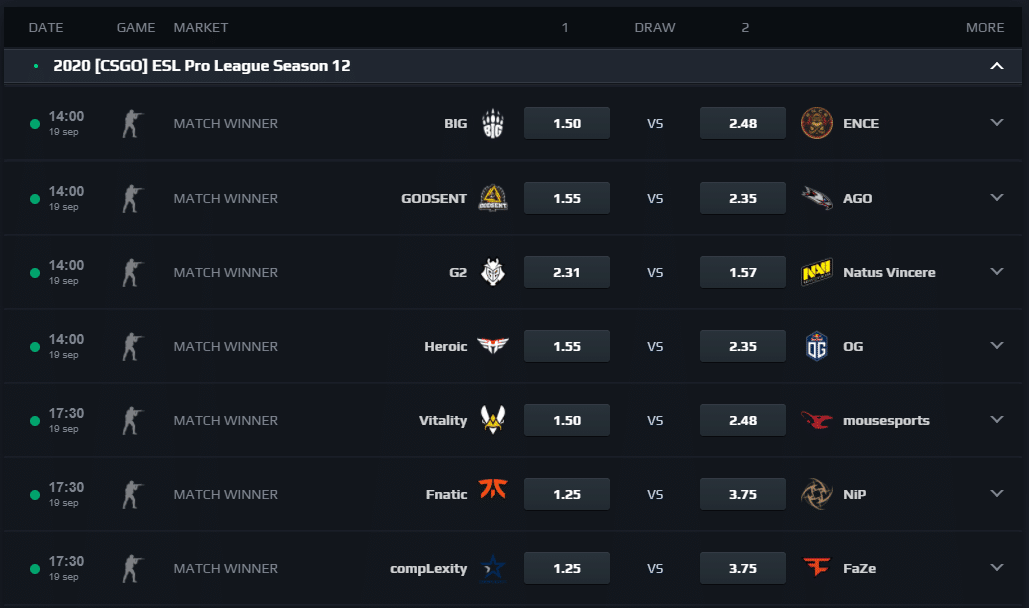 Similarly to how you would potentially bet on a soccer or basketball game, punters can place cash bets on which CS:GO team will come out on top, while skins betting is an increasingly popular method of wagering on Esports. This is where punters use skins to fund their betting activity, rather than cash. 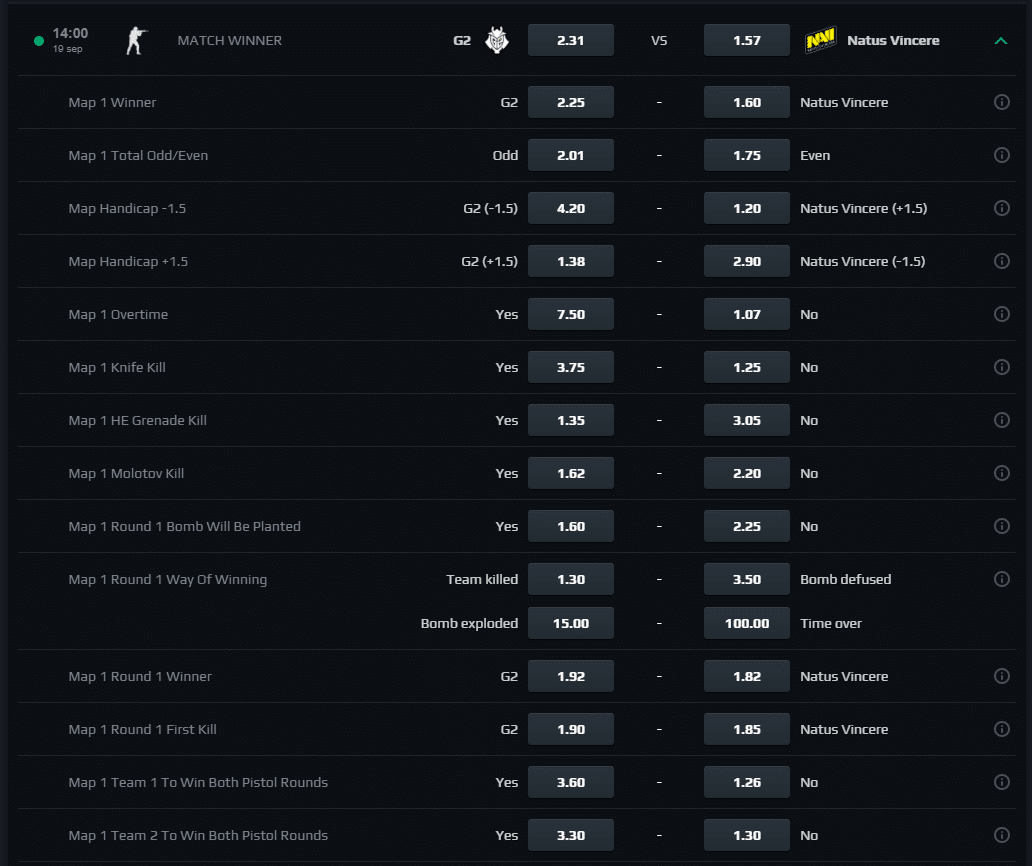 All of the sites recommended on this page are licensed and regulated by leading gambling authorities, including the UK Gambling Commission, Malta Gaming Authority and Government of Curacao, allowing punters in regions around the world to get involved. Those who partake in skins betting are not going to have the same regulations involved, meaning that they could be at risk of being on the wrong end of scams.

In terms of the bet types that punters can expect to find at CS:GO betting sites, the variety is increasing rapidly, meaning that it is not just the winner of a match that is available. With that being said, the following are the most common:

Counter-Strike: Global Offensive has a competitive community. Within the game there is a rank system. By defeating opponents, a player can achieve a higher rank. There are several tournaments worldwide in which teams compete against each other. These tournaments are divided into two categories. The first, and most important, of these are the so-called „Majors“. These are tournaments sponsored or organized by Valve itself. They often take place during major events of ESL, DreamHack and MLG. Teams can qualify through qualification tournaments. These are often organized regionally, with a number of places per region in the main tournament.

The prize pool of the Majors is mainly raised by crowdfunding from the community. The community can buy special cosmetic items, the proceeds of which go into the prize pool. These include icons of the team they are a fan of.

All other tournaments fall under the second category, the „Minors“. The scale of these tournaments is often a lot smaller than the Majors because they are organized by third parties.

Which CS:GO Events Can Be Bet On?

While CS:GO events take place throughout the year, there are undoubtedly some events which stand out from the crowd and attract the interest of punters more than others. CS:GO tournaments are categorised into Majors and Low-Tier events, with the former being competitions hosted by the likes of Steam and Valve, offering large prize pools as a result. The biggest CS:GO events at present include the following:

The CS:GO Major Championships are events which take place biannually, with the competition being hosted by Valve. Commonly referred to as Majors, Valve delegate organisation of events to the likes of ESL, ELEAGUE and StarLadder. Examples of the CS:GO Major Championships include the StarLadder Berlin Major and IEM Katowice Major. The likes of Astralis, Cloud9 and Fnatic have all won Majors over recent times.

Events such as One, IEM and Pro League are among the leading ESL CS:GO events, with such competitions generally offering somewhere between $200,000 to $300,000 in prize money. The ESL One delivers shorter and less high profile events, while the Intel Extreme Masters (IEM) comes with a prize pool of around $250,000. Meanwhile, the ESL Pro League is one of the biggest events in the whole of Esports, taking place every other year. ESL Pro League Finals are staged twice per year, seeing the best four CS:GO teams from each region together. Swedish organisation Fnatic have a record three ESL Pro League wins to their name.

Hosted by RFRSH Entertainment, the BLAST Pro Series is one of the newer events in the CS:GO scene, with the Global Finals of the tournament taking place in December each year. With the BLAST Premier having been founded in 2020 to take over from the Blast Pro Series, this will be another market for CS:GO betting sites to add. The first Blast Premier Global Finals are due to take place in January 2021, offering a total prize pool of $1.5 million.

Counter-Strike: Global Offensive was developed as one of the leading Esports games by Valve, along with the help of amateur players and other third party organisations. Events such as the Electronic Sports League, Intel Extreme Masters and Major League Gaming initially hosted tournaments, with initial prize money of around $200,000 quickly rising to $1 million in 2015.

The CS:GO scene went from strength to strength, however Valve had to take important steps to get rid of cheaters within the game, with the creation of the “Trust Factor” having helped. CS:GO became free to play in 2018 following a patch update, with an offline version of the game also being released shortly after. The 2019 season was dominated by Danish team Astralis, who won both the StarLadder Berlin Major and Katowice Major.

As stated under the main page, when betting on CS:GO, there are three points to pay attention to: go by the statistics (how often does a team/player win, how is the form of Esports players), be aware of the latest developments (follow players via social media to stay informed) and be familiar with the game.

In addition, you can gamble at CS:GO in several ways. You can bet money on which team will win the game or tournament. But also who makes the first kill (death) in the game or who does so three times in a row.

There has also been a lot of criticism recently about gambling with external features of weapons, so-called skins. These can be used to gamble for real money. People use skins as a kind of chips on gambling sites that operate in a gray area on the Internet. Game companies such as Valve are increasingly having to deal with teenagers who claim to have lost a lot of money gambling.

Therefore, there was enough reason for Valve to write to illegal gambling sites and tell them to stop using their online marketplace Steam. This would possibly mean the end of trading skins, but also possibly the end of gambling on CS:GO, since skins are one of the reasons for the shooting game's popularity.

CS:GO is one of the biggest emerging betting markets, with the first-person shooter game from Valve attracting the interest of long standing gamers, as well as those who are new to Esports. So, whether you are already familiar with CS:GO or are willing to understand how everything works, check out our recommended betting sites, before backing your favourite teams.

Yes. All of the CS:GO betting sites listed on this page are secure and reliable, while they hold a gambling license from a leading authority. So, be sure to register with a trusted bookie, rather than on a platform which has a poor reputation.

Where Can I bet on CS:GO online?

There are an increasing number of betting sites accepting bets on CS:GO events and matches, including traditional bookies and recently launched platforms. It is up to you to decide which betting site best suits your needs, with our Esports betting site reviews offering all of the necessary information.

What mistakes should I avoid when betting on CS:GO?

There are a number of common mistakes made by punters when it comes to CS:GO. The best teams in the business are generally offered short odds of winning matches, however this does not stop punters placing large stakes on them. Meanwhile, many fail to do the necessary research before placing bets, with a huge amount of useful information being available online today. Finally, it is important to try and specialise in one area, whether it be on the North American CS:GO scene or strictly on the Majors.

How to find the best odds on CS:GO?

All of the CS:GO betting sites listed on this page offer good odds surrounding the leading Esports title, while odds comparison platforms also make it clear as to which platforms perform best in this area.

Should I consider using my CS:GO skins?

Betting on CS:GO using skins is becoming increasingly popular, however it is not something that we can recommend. This is due to the fact that such bets are not regulated, with Valve working hard to get such platforms shut down. Skins betting sites tend to be illegal, meaning that you could potentially be at risk of being on the wrong end of fraud. Those looking to get rid of items on their inventory can instead cash out their skins, before using the funds on legal CS:GO betting sites.