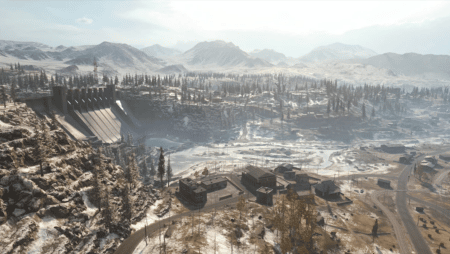 Will Verdansk return in Call of Duty multiplayer?

Verdansk may be playable in the multiplayer of Call of Duty: Modern Warfare 2. This is according to content creator NerosCinema. Parts of the popular map are reportedly returning in game modes, such as Ground War and Invasion.

The worldwide launch of Call of Duty: Modern Warfare 2 is getting closer and closer. This means that more and more is becoming clear about the game's content, little by little. Indeed, due to the beta, a number of leakers have gained access to the first-person shooter's files.

The return of Verdansk

Whether based on nostalgia or the quality of Verdansk, the demand for a return of the popular Call of Duty: Warzone map is strong. Since the launch of the battle royale in March 2020, the community has taken Verdansk to its heart.

Parts of Verdansk were first playable in the multiplayer of Call of Duty: Modern Warfare (2019). It seems developer Infinity Ward intends to repeat it. Parts of the map are reportedly playable in Ground War and Invasion.

According to content creator NerosCinema, leakers have gained access to Call of Duty: Modern Warfare 2 files via the beta. In them, they reportedly found a loading screen of Port of Verdansk, a former Ground War map. This possibly refers to a replay.

NerosCinema goes on to report that party game modes, such as Infected and Gun Game are returning to Call of Duty's multiplayer. In addition, leakers are said to have found clues to the introduction of the game mode Raids at the start of the first season. Season 1 kicks off Nov. 16.

Finally, Capture The Flag is also reportedly returning. It is possible that this game mode will replace Control within the Call of Duty League and Ranked Play. More clarity on that will be provided at a later stage.