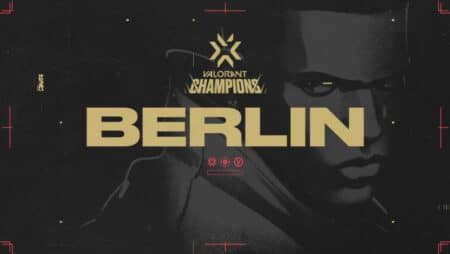 These teams have reached the quarterfinals of Valorant Champions

The final day of the group stage of Valorant Champions is over. Sixteen teams competed for spots in the knockout phase this past week. Here are the eight teams that qualified for the quarterfinals.

Acend managed to qualify for the knockout phase as the group winner. In the opening match, the European team was too strong for Keyd Stars. The Brazilians were defeated 2-1. In the winners match, Acend took on Team Envy. The series ended after two games in favor of the European team.

To everyone's surprise, X10 Crit was the last team to qualify for the knockout phase. After losing to Team Envy in the first round, the team had to go through the loser bracket. In the end, a rematch against Envy was scheduled for a spot in the final eight. The third game went to overtime, where X10 walked away with the victory. The Southeast Asian team thus eliminated the finalist from the previous international tournament.

Team Liquid is one of the favorites for the world title. The team immediately lived up to that favorite status. In the first round they dealt with KRÜ Esports, the Latin American team was easily defeated 2-0. In the next round two of the top favorites faced each other. Team Liquid had to beat Sentinels to reach the next round. In the exciting series the Europeans managed to win the title match 2-1.

KRÜ Esports qualified as the second team from Group B, against all odds. In the loser bracket, the team had to get past FURIA and Sentinels to advance to the quarterfinals. Few gave them a chance to qualify. However, in the final series against Sentinels, the Latin Americans showed what they are made of. In a huge upset, Krü managed to win games 2 and 3 to eliminate a top favorite and qualify for the knockouts.

Gambit Esports was placed in Group C and came out of this with some bad luck. In the first round they won 2-1 over Team Secret, including one 13-0 win over Breeze. In the second round Team Vikings was ready, in an exciting series Gambit managed to win the last game in overtime. The most recent Masters winner managed to qualify for the quarter finals.

Fnatic's group was called the „group of death. With Cloud9 and Vision Strikers, the Europeans had two strong opponents. All three teams were good enough to go deep into the tournament and one would drop out, but not Fnatic. In the first round, Cloud9 was knocked off in a long series. In the last game, it even required overtime. The next round saw Vision Strikers ready, this series went a little easier on Fnatic. Although it was again a 2-1, Fnatic had better control of the games than in the previous series.

Cloud9 managed to qualify as the second team out of the group of death. After losing in the first round against Fnatic, the American team managed to beat Full Sense 2-0. The final obstacle to the knockout phase was Vision Strikers. After a convincing first game, folder two was lost. Cloud9 was able to quickly win the deciding game and managed to hold on until the end. The Koreans were defeated 2-1.

The quarter-finals can be followed tomorrow and the day after via Twitch and YouTube. Acend will take on Team Secret, Team Liquid will take on Cloud9, Gambit Esports will face X10 Crit, and Fnatic will face Krü.

Acend versus Team Secret can be seen tomorrow at 6pm followed by Team Liquid versus Cloud9. On Thursday, Gambit and X10 will be in action at 18.00 and Fnatic against Krü will close out the quarter-finals.

Both semi-finals can then be seen consecutively on Saturday from 18.00. Sunday will see the final at 18.00. All series are best-of-three except the Grand Final, which is a best-of-five.