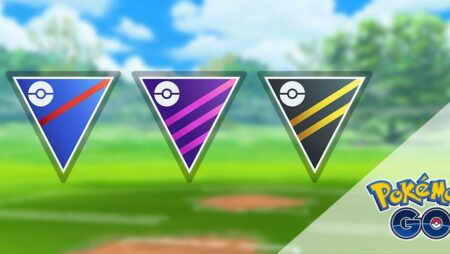 Are you looking for the best Pokémon Go Ultra League team in Season 11? If so, you've come to the right place, as we share the best Pokémon to compete against. Selecting a team carefully can make all the difference. We'll tell you everything you need to know.

The Ultra League is one of three leagues in the GO Battle League. It is allowed to use Pokémon up to 2500 CP. This is quite a lot and allows you to choose from a large number of Pokémon. The Ultra League is therefore ideal for players who already have experience with the mobile game.

In the Pokémon GO Battle League, you compete against players around the world. Each week you'll duel in a different league. The Great League, Ultra League, and Master League alternate. By playing and winning matches, you can earn rewards and move up through the ranks. Of course, you'll do this with the best Ultra League teams in Pokémon GO Season 11.

Take a look at the best Pokémon GO Great League team we've put together. In that league, you play with Pokémon up to 1500 CP.

Talonflame, Walrein, and Cresselia make up one of the best Pokémon GO Ultra League teams. We took our inspiration for this team from a PoGo Grind YouTube video. While the meta is shifting rapidly and these monsters are not seen as the best choices, this is still an excellent team. Additionally, many players own Walrein, making this an accessible team.

Talonflame is a fire and flying type Pokémon. You get Talonflame by evolving a Fletchling and a Fletchinder. This monster has little trouble with types, such as ground, fighting, fire, bug, and grass. Incinerate is the best fast move and flame charge and brave bird are the best charged moves.

Walrein is an ice and water type Pokémon. You get Walrein by evolving a Spheal and a Sealeo. Many players have acquired this Pokémon from the respective Community Day. Even in Season 11, Walrein is still an excellent Pokémon. With the fast move powder snow and the charged moves icicle spear and earthquake, you have one of the best Pokémon at your disposal.

Cresselia is a psychic-type Pokémon. If your Walrein gets into trouble, you can use Cresselia. This Pokémon does well against fighting-type Pokémon. Cresselia is useful when it has the fast move psycho cut and the charged moves grass knot and moon blast.

Other Pokémon for the Ultra League

In addition to Talonflame, Walrein, and Cresselia, there are of course many other usable Pokémon. Not everyone has these above monsters at their disposal. That's not a bad thing, because the important thing is to match up the Pokémon so that you can deal with their weaknesses.

The Ultra League meta is also subject to change. Still, there is always some Pokémon that stand out, some Pokémon that can be put to good use. The Pokémon we show below are also excellent choices when they are part of a balanced team.

For the Pokémon above, you'll see XL listed twice. This is the XL variant of a Pokémon. A Pokémon can become XL with XL Candy. Players have this option when they reach level 31. Haven't you reached that stage yet? Then choose Pokémon that aren't XL.

Venusaur, Swampert, Registeel XL, and Trevenant XL are all Pokémon that perform well in Ultra League. Venusaur is usable against fairy, ground, rock and water type Pokémon. Swampert is a real powerhouse that can take out powerful Pokémon, such as Registeel. You'll encounter Registeel often, which is why Swampert is extremely useful.

Of course, Registeel XL itself is also extremely powerful. This Pokémon will easily take out a number of meta Pokémon. Steelix is a slightly cheaper option should you not have Registeel. Finally, Trevenant is grass and ghost-type Pokémon that can be chosen in the Ultra League.

When you're just starting out in the GO Battle League, you may not have most of these Pokémon. That's not a problem at all. Check out pvpoke.com for other options. The most important thing is to put together a well-balanced team. With that, you're undoubtedly going to earn rewards and rise in ranks.