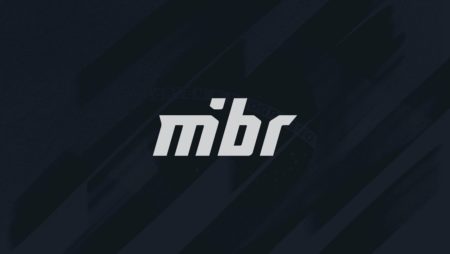 MIBR is completely revamped. This Tuesday (17), the organization announced its new uniform commemorating its 20 years of existence, and also unveiled its new line-ups of Counter-Strike: Global Offensive (CS:GO) and VALORANT. Also, a new song with trapper Thiago Veigh was announced.

The female line-ups, both CS:GO and VALORANT, had information advanced by The Enemy exclusively. They are as follows:

The men's CS:GO team has undergone important changes. Especially the departure of JOTA, who now represents Imperial. In his place, the organization opted to promote Insani from Academy. Another new addition will be Tacitus, from FURIA, who joins the coaching staff of the teams. The squads are as follows:

In Free Fire, Made in Brazil returns to the Brazilian elite after winning the Series B title. After many uncertainties, the next edition of LBFF has finally been confirmed by Garena and MIBR arrives in it like this:

In VALORANT and also in Rainbow Six, the lineups follow exactly the same as in 2022.

The new Made in Brazil uniform did not undergo major changes, but the few that happened are noticeable. The blue continues to be the main color, but this time in a slightly darker tone. What draws more attention are the golden details, alluding to the celebration of the 20 years.

„Living History“ is the name of the song in partnership with the trapper Thiago Veigh. Releasing songs in this style, along with new line-ups, has become a trademark of MIBR. After „Contra Todos“ and „Nova Era“, this is the third one released. To hear it, just check out the video below: