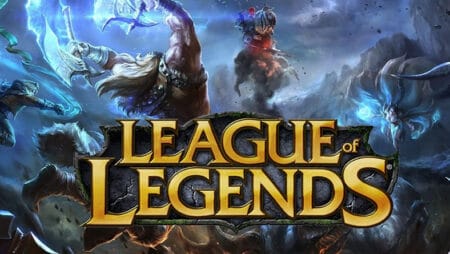 With each new update, Riot Games slightly adjusts the strengths and weaknesses of some champions as well as items in League of Legends. So who is particularly strong in patch 12.07?

After making major changes to the sustain in League of Legends in the previous patch, Riot Games has focused more on the champions again with Update 12.07. We explain which champions have benefited from this and are particularly strong in the current meta.

In the top lane, you should choose between Shen and Riven. The former is probably a bit harder to master, as you have to keep an eye on your teammates at all times and can interfere with the ultimate ability across the map. However, perfecting Riven isn't a piece of cake either. Once you've got her combo attacks down, though, you can defeat any opponent!

In the Jungle meta of League of Legends Patch 12.07, Volibear is the best choice. Not only is he one of the best tanks in the Rift, but he also has fantastic crowd control. With these two features, he is a perfect fit for the latest update.

Since her minor overhaul in patch 12.03, Ahri has been the measure of all things mid lane. While she's been toned down a bit since then, that hasn't stopped her skyrocketing. The reason for her newfound strength lies primarily in the ultimate ability, which is virtually always available since the rework.

On the other hand, if you prefer to play a champion that is extremely strong towards the end of a round, Veigar is not a bad choice.

In the current game version 12.07, Vayne is probably one of the best champions in the entire game. Not only is she the strongest ADC, but she can also be tried out occasionally in the top or mid lane. However, the first few minutes of a round should be approached very cautiously with her. Only with a few items does Vayne unleash her full potential, shredding even enemy tanks with a lot of armor to pieces.

As a supporter of Vayne, Blitzcrank currently offers itself in the bot lane. With a well-placed hook, you can drive any opponent to despair. Due to his Q ability, Blitzcrank has always been a very popular supporter and probably always will be. However, due to its current dominance, the robot is also very often banned before the round – so you need some luck to be able to play it in the bot lane.