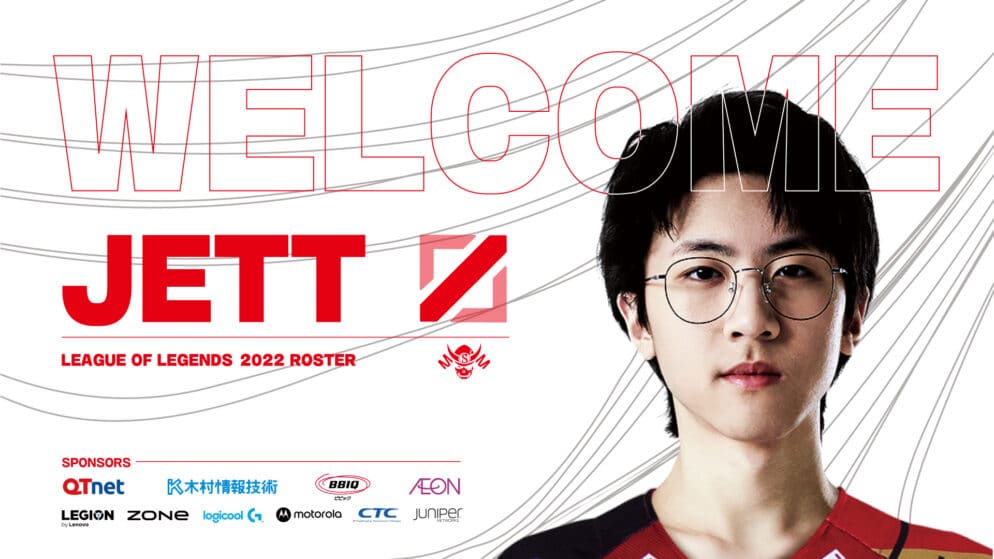 After China and South Korea, midlaner Jett will discover Japan by joining the new Sengoku roster, which also announces the arrival of the former Gen.G coach.

With the arrival of Zeka on the midlane last week, Jett’s role was in jeopardy for the upcoming season. Finally, DRX updated its LCK roster for 2022 by officially announcing the departure of its 20-year-old player, who arrived under the alias of Hoyoung last summer. The player, who also went by the name Plex while playing with LNG Esports, will be moving to a third region as he has been announced to join the new Sengoku Gaming team in the LJL.

Jett had started his career in LCK before joining the LPL in 2019, going back and forth between Team WE and LNG. He had finally returned home during the Summer Split with DRX. Within Sengoku, the midlaner will find other competitors who have experienced the Korean championship, such as Gango, who passed by KT Rolster. The Japanese team also announced three newcomers in addition to Jett: Korean players Once and Honey, but also former SK Gaming jungler and Gen.G coach Dokgo, who takes a place in the coaching staff.

Hovering between the top and bottom spots this 2021 season, Sengoku finished on the playoff podium in both segments in 2020, and hopes to repeat next year.